How to Comfort a Friend in Need

When a friend needs support, it’s often hard to know the right things to say and do. Here’s your guide to comforting and helping a friend when she needs you the most.

We’ve all been there: A friend calls crying because she’s going through a tough time at work, at home or in her personal life. You want to comfort her, but for most of us, the first impulse is to give advice.

“When someone we care about is hurting and upset, we want to make things better,” says Michael P. Nichols, Ph.D., author of The Lost Art of Listening.

And that’s exactly what Jill Budik of New York City thought when her friend Kathy phoned recently to tell her she’d been laid off. “I rattled off names of five people I knew who could help her find a new job,” Budik says. “But she just got more upset.”

Even though Budik’s heart was in the right place, it turns out that jumping in with suggestions isn’t always the best way to comfort someone. Before a friend can resolve a situation or feel better, she must first let the reality or news sink in, and the only way to help her do that is by listening.

“Acknowledge that you understand by saying something like ‘That does hurt’ or ‘How terrible,’” says Dr. Nichols. Then ask general questions, such as “Oh, no, then what?” Also avoid anything that, instead of comforting, implies you’re judging or offering an opinion. For example, steer clear of “Why didn’t you do x, y and z?” If your friend isn’t talking about the problem, it’s better to bring it up than ignore the situation, adds Dr. Nichols. Encourage her to open up by saying something like, “I’m sorry. I know you’re going through a rough time ….” Then be quiet and give her a chance to start talking.

Later, after you’ve heard her out, try these strategies for providing comfort during some of life’s most challenging situations:

1. Help a friend who lost her job.
Getting fired or laid off often brings up mixed and complicated feelings, says Scott Haltzman, M.D., author of The Secrets of Happily Married Women. Maybe your friend hated her job but at the same time is worried about making ends meet. So encourage her to talk through feelings instead of assuming you know how she feels. In Budik’s case, Kathy told her later how unhappy she was working in finance. “I realized then that contacts in finance was the last thing she wanted,” she says.

After some time passes, however, you can take a proactive role, especially if you sense your friend is getting a little too comfy watching talk shows every morning and soaps all afternoon. Offer to host a brainstorming session, suggests Susan Page, author of Why Talking Isn’t Enough. Invite friends over to share ideas about how your pal can find a new job, earn money or simply stay motivated. For five minutes, discuss a single topic. “Welcome ridiculous and outrageous ideas — you never know how an idea will spark,” says Page. At the end of the session, at the very least, your friend will feel inspired and less isolated.

2. Help a friend with an illness.
We all want to share experiences, but whether it’s cancer, foot surgery or a root canal, repress the urge to immediately launch into a 10-year-old story about your own illness. Instead, put the focus on her by saying “What a drag. I can’t believe this is happening” or “How are you feeling?”

A sick pal also doesn’t need a problem solver. Most people simply want reassurance that you’ll be there to offer support, says Dr. Haltzman. So tell her that, and in addition to listening to her worries and fears, offer up practical ways to simplify her life.

“Ask if you can drive her to doctor’s appointments, organize friends to visit, bring over meals or [ask] if she’d like you to compile Internet research on her condition,” suggests Page. Also think of things that will put a smile on her face: Deliver flowers or a bag of romance novels and magazines. Send notes of encouragement on a regular basis to help keep up her spirits.

3. Help a friend going through marriage troubles.
Be a sounding board, but never take sides, say experts, even if she asks point-blank whether she should leave her partner. If they patch things up, your pal could resent you later for what she perceives as criticism of someone she loves. Instead, if she presses you for guidance, suggest a counselor. Or suggest that she write a list of pros and cons to help weigh the issues — from deal breakers to minor annoyances. Then let her talk it through so she can come to a rational and organized decision on her own, says Page.

4. Help a friend who lost a loved one.
A death usually strikes two blows: the initial trauma, then later as you start missing the person’s presence in your life. Your friend needs you during both times, says Dr. Haltzman. In the beginning, listen; then offer your services. Say you’ll call friends to alert them, organize a post-funeral potluck, address thank you notes — anything. Freeing her up to grieve is a special and comforting gift.

In the weeks after, encourage your friend to talk about her loved one and share your own funny or touching memories. You can even do it in a note, which gives her something she can hold on to, explains Dr. Haltzman. Finally, mark days on your calendar that could trigger sadness for your friend — such as on the person’s birthday or an anniversary. Send a card or flowers, or invite your friend out on that day, says Page. She’ll appreciate that someone else remembers and wants to recognize the event.

It’s hard to know how a friend will react in any given situation, but most people simply need and want space to talk about their feelings. That, combined with your help, support and reassurance that you’ll be there no matter what, will not only help them feel better; it will strengthen your friendship in the end.

Kick Envy to the Curb

Does the green-eyed monster rear its ugly head when someone you know shares good news? Feeling better about yourself will stop you feeling envious of other people. Here's how.
bylifeandbeauty 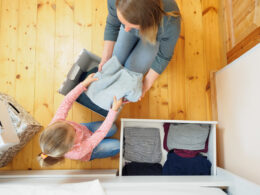 It’s tempting to just shut the door on closet chaos. But organizing your closet can bring much-needed peace and calm to your wardrobe and your psyche. Check out our quick and easy step-by-step guide.
bylifeandbeauty

Face Your Fears and Win!

Figuring out how to overcome your fears isn't easy, but it's an important step toward moving forward. An expert offers a three-step plan.
bylifeandbeauty 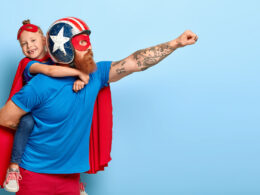 The whole family benefits when parents can come together on basic child-rearing issues, but often each parent has their own parenting style. Here’s how to restore harmony in your home.
bylifeandbeauty