Don’t blame your itchy scalp on the cold weather! Get to the bottom of the problem and stop scratching — today.

Uh oh … Your scalp itch has suddenly popped up in public — but you don’t dare scratch for fear that others will think, “Ew! Doesn’t she wash her hair?”

Not to worry: Millions of Americans have the same problem. Despite the stigma, scalp itch has nothing to do with being unhygienic, and scratching out the cause can be as easy as going to the doctor or drugstore. Here, some facts, causes and treatments for scalp itch:

Don’t Blame the Air
Many people blame their scalp itch on winter weather — after all, our arms and legs often dry out and itch when the mercury drops, right? But those conditions are often unrelated to scalp itch, says Alan Rockoff, a board-certified dermatologist at The Rockoff Center for Dermatology, Laser & Plastic Surgery in Brookline, Mass.

“People assume that if it’s dry and cold out, your scalp will become dry and itchy,” he explains. “But an itchy, flaky scalp actually isn’t dry — it’s inflamed. So it’s not related to the environment at all.”

What’s Behind Your Scalp Itch?
The most common cause for scalp itch is dandruff, which typically causes itching along with white flakes as the scalp sheds skin cells more quickly than normal. “Dandruff is usually precipitated by Pityrosporum ovale yeast that likes oily areas, like the scalp,” says Mary P. Lupo, a board-certified dermatologist and clinical professor of dermatology at Tulane Medical School in New Orleans. “Dandruff is an inflammatory response to the body harboring the yeast family.”

Still, dandruff might not be the culprit. If your flakes are greasy and yellow, chances are they’re caused by another skin condition called seborrheic dermatitis. Another condition, scalp psoriasis, is like dandruff in that it can cause itchy, red, scaly skin, but the scales of psoriasis are thicker and somewhat drier in appearance than dandruff, and they can be painful. Psoriasis also usually affects more than one area of the body, such as the elbows, knees, hands, feet or nails. “Psoriasis is more significant and can be potentially serious,” says Lupo. The condition is associated with arthritis, she says, and stress and alcohol can cause flare-ups.

If your doctor rules out all of these conditions, the culprit might just be (gulp!) head lice, especially if you’re a parent or teacher. These tiny, wingless critters are often spread among children in school or day care who have close head-to-head contact, or who share their hats or combs with other kids. They in turn can spread the bugs to their teachers or parents.

Stop Scalp Itch
Treatment for scalp itch varies. If you have dandruff, both Rockoff and Lupo recommend using an over-the-counter dandruff shampoo. “Wash with it for two to four weeks, and if you don’t see any improvement, see a dermatologist,” says Lupo.

Scalp psoriasis and seborrheic dermatitis can be treated with prescription or OTC prescription-level shampoos daily for one to four weeks. Lice shampoos containing the insecticides pyrethrin (such as RID) or permethrin (Nix) are the most popular treatments for head lice, but nontoxic products are also available. These shampoos are usually used twice within a 10-day period, and daily inspections with a magnifying glass and fine-toothed nit comb are needed to remove any remaining eggs and insects.

Read more about scalp health from our sponsor

Thinking of trying the Paleo diet plan or a juice fast?,Read what nutrition experts have to say about the latest trends before you start.
bylifeandbeauty 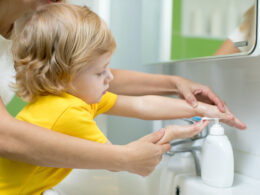 Teaching Kids to Stop the Spread of Germs

Teach your kids how to stop the spread of germs and keep the whole family feeling its best. Check out these kid-specific healthy habits.
bylifeandbeauty 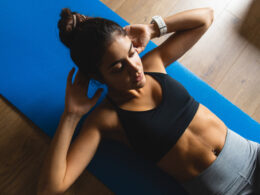 Don’t let perspiration and sweat stains get in the way of a fun summer. Here are some (often surprising!) ways to stop the wetness.
bylifeandbeauty