How to Deal With a Family Conflict

Does your aunt or brother-in-law know just how to push your buttons? This holiday season, try these clever strategies to avoid arguments and create family harmony.

Most of the year, it’s fairly easy to avoid the nosy in-law or the sister who keeps revisiting old grudges. But come the holidays, family conflict can give you heartburn before you even sit down to dinner.

“We all want our relatives to behave at the holidays,” says Dr. Rosalind Dorlen, a clinical psychologist in Summit, N.J. “But if your mother never likes your hair and your brother always makes lewd jokes, they won’t change just because it’s a certain day of the year. A lot of our stress comes from our unrealistic expectations.”

Instead of getting upset or disappointed when you encounter family conflict, keep your sense of humor and resist the urge to zing those button-pushing family members with a nasty retort. “Be sweet instead,” Dorlen says. “Sweetness dilutes tension. They can serve the ball into your court, but you don’t have to return it.”

Try these strategies to deal with some of the most annoying types of relatives and avoid family conflict this holiday season.

The Busybody: “So, when are you going to make me a grandma?”
Smart Comeback: “We’re working on it, and you’ll be the first to know!”
Why It Works: It puts her in her place without embarrassing her. You may prefer to ignore a busybody, but she might not get the hint. She’s more apt to back off if you’re firm and direct, Dorlen says.

The Grudge-holder: “Don’t think I’ve forgotten about the time you …”
Smart Comeback: “Gee, I haven’t thought about that incident in years. I hope you can get over it, too.”
Why It Works: “A grudge-holder is trapped in the past,” says Dr. Andrea Brandt, a licensed psychotherapist in Santa Monica, Calif. “He’s cast himself as a victim in life, and his anger empowers him.” If he can lure you into an argument, he’ll feel even stronger. Don’t give him the satisfaction.

The Label-maker: “Look who’s finally here! I was taking bets on how late you’d be this time.”
Smart Comeback: “Yep, I’m the late one in the family. It’s great to see you!”
Why It Works: Old labels are hard to shake. “We revert back to childhood roles when we’re with our extended family,” says Dr. Scott Haltzman, a psychiatrist and author of The Secrets of Happy Families. “We see our siblings as they were growing up — not as the responsible, accomplished adults they’ve become.” Getting defensive about being the 29-year-old “baby” or the habitually late one won’t change anything. Just grin and bear it.

The One-upper: “So nice Nicholas got an A in biology. My Brendan just won the state science fair!”
Smart Comeback: “Oh, that’s great! He must be really happy.”
Why it Works: She competes in any way she can — and she’ll suck you into the no-win game of one-upsmanship if you let her. “Don’t see her as an adversary; see her as the insecure and limited person she really is,” Brandt advises. Being happy for her won’t make your triumphs any less important.

The Political Opposite: “How could you have voted for that moron?”
Smart Comeback: “We’re just like Congress: We can’t agree on everything! Why don’t we keep politics away from the table today?”
Why It Works: It’s a reasonable way to avoid a heated debate with a hard-line politico. “It’s hard to shut them up entirely,” Dorlen says. “But if you’re firm about wanting to steer clear of politics, you might get them to tone down.”

How to Get Your Kids to Really Talk to You

Tired of one-word responses from your kids? Here's how to help open up the lines of communication.
bylifeandbeauty 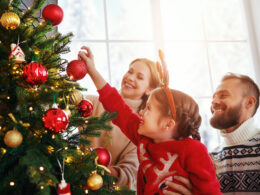 Holiday Decorating on a Budget

Love to decorate but short on cash? Make your home festive, without breaking the bank! Here’s how.
bylifeandbeauty 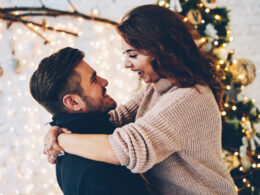 Sure, you want to be romantic with your sweetheart. But with work, kids and chores, romance can feel like just one more item on the to-do list. Here’s how to keep the spark going from date night to every night.
bylifeandbeauty

Get Lucky: How to Improve Your Fortune

Sometimes it seems like everyone else catches all the breaks. But you can bring good things to your life by creating your own luck! Here’s how.
bylifeandbeauty