From Frozen to Game of Thrones to the red carpet, braids are the hair style this season. Here are five not-so-plain plaits to add some fun into your every day look.

This summer’s hottest hairstyle is the braid — and not just because a cool swept-away style beats having your hair sweat-plastered to your neck. “Braids are having a moment, because there are so many different types — and can be done yourself quickly without heat or styling tools,” says Jeanie Syfu, TRESemmé’s lead stylist. Weaving your hair is calming and therapeutic, says model stylist Matt Fugate. “I find it enhances creativity, too.”

Best of all, anyone can do it — and if it comes out a little messy, so much the better! Here are some easy braided hairstyles that are hot this summer along with plait pro tips for mastering each style:

How: Split shoulder-length or beyond hair into two sections. Take a little hair from the outside of one section and cross it over. Do the same with the outer strands of the other portion. Repeat. The looser the braiding, the more modern it looks. Wrap the bottom with a clear band. For a more glamorous look, start with a high ponytail. Or sneak in a hair treatment by working leave-in conditioner into towel-dried hair before braiding.

How: Part hair in the middle or to the far side. Pull hair to one side in a ponytail that starts at your nape. Start braiding. Pull out some tufts.

Where: Socialite Nicky Hilton at Coachella and Maria Menounos at the Oscars

How:  Pull hair tightly into pigtails just to each side of the nape, then braid. Use an elastic at the tails’ ends, then wind into a bun. For a looser version, start with a side part, with thick braids starting at the hairline on each side of the part. Add to the section as you move back and down the head behind the ears, with the braid getting looser as you descend. Roll braid into a bun at the nape of the neck.

Where: Vanessa Hutchens at Coachella

How: Split hair into six small sections, then weave from the middle down. Moisten pastel hair chalk, and coat the surface of one section moving down the plait for a temporary but fun funky look, suggests Edward Tricomi, stylist and co-owner of Warren-Tricomi Salons.

Where: 20th Century artist Frida Kahlo and Sarah Hyland at the 2014 Golden Globes

How: Towel-dry hair. Create a side part and, if you can, a zigzag part. Start with two ponytails, low at the nape of your neck. Divide ponytails into three or four sections and braid to end. Loosen, then wrap around your head behind the ears and tuck hair under the braids and fasten with hair pins.

Where: Rodarte runway Fall 2013 and on the women of Game of Thrones

How: Part hair in the center,
either straight or with a zigzag. Take a small piece of hair at the temple and
braid halfway before tying with an elastic. Do the same at the other temple.
Join the two plaits at the back, perhaps winding one into a chignon where they
meet. Or go loose, as seen at Victor & Rolf’s Fall 2014 runway: Take a
section of hair just above each ear. Halfway down, weave them together twice,
pin in place, and leave the rest hanging. 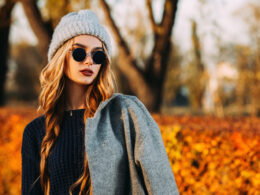 Need to spice up your fall style? Here are the must-have pieces for your fall wardrobe.
bylifeandbeauty

You don’t need a salon appointment to get beautiful, bouncy hair. Here’s your step-by-step guide to doing your own professional blow-dry at home.
bylifeandbeauty

How to Get Kate Middleton’s Style

Kate Middleton joins the royal family this week, but she already rules in the fashion department. Follow these simple tips to get her modern look -- no glass slippers required.
bylifeandbeauty

Casual work clothes don't mean ripped jeans paired with your old concert T-shirt. Here's some expert advice on how to look informal and professional at the same time.
bylifeandbeauty