Hair Dye: Should You Go Organic?

When you’re trying to avoid chemical exposure, organic hair dye may seem like the way to go. But what we found out may surprise you.

Hair coloring is the “mane” event for three out of four women. But the smell of conventional dyes can be off-putting, and the strong chemicals can be worrisome, especially if you’re pregnant or trying to limit your exposure to toxins.

For women who want to go green with their hair, there are organic options out there, both at-home treatments and dyes available at specialty salons. The colors are plant-based, and instead of ammonia, the products include less-harsh lighteners such as pharmaceutical-grade hydrogen peroxide. Fans of the treatment say it leaves hair looking and feeling great.

However, going natural comes with some trade-offs. Ironically, henna and other plant-based dyes deliver the least natural shades. “Plus they’re super unpredictable, because they usually contain metallic salts that react with other dyes or processes,” says Marcy Harmon, a colorist at Los Angeles’s Plaid Studio who forgoes chemicals whenever possible. “If you hate the color, you have to cut off your hair or risk it turning green from the oxidation.” Vegetable or “direct” dyes are less damaging since they lie on the hair strands’ surface rather than penetrating. But they also tend to fade within two weeks.

“I try everything,” says Harmon. “But a good nature-based hair dye is hard to find, especially if you want a lighter color.”

The other catch is that some so-called “natural” dyes aren’t all they appear to be. “Many dyes claim they’re organic when they’re just ammonia-free, but something has to do the job of ammonia,” explains Harmon. Ammonia penetrates the hair shaft to let the color in; dyes without it may contain other, less effective chemicals such as ethanolamine. “Color makers just change one chemical for another, less familiar one,” says Harmon.

Harmon offers these additional tips to get maximum color with minimum health risks:

Avoid washing your hair the day before your appointment. “Natural oils on your scalp will help protect you if you’ve got sensitivity to chemicals.”

Bring your own. Not sure whether your salon has the type of hair dye you want? Buy your own color and ask your stylist to apply it, suggests Debra Jaliman, M.D., a New York-based dermatologist and assistant professor at Mount Sinai Hospital and author of Skin Rules.

Pamper your colored coif. After you leave the salon, Harmon recommends caring for your hair with natural or organic shampoos and deep or leave-in conditioners. “These close cuticles so strands can be shiny again.” Wearing hats and UV-blocking hair sprays will help prevent sun damage.

Test first. Try new products on a small patch of skin (such as the inside of your elbow) and ditch them if you experience any reddening, itching, blisters or shedding.

Space out your visits. “I have patients who dye their hair every two weeks. That’s too much,” says Jaliman. Salons generally recommend dyeing every four to six weeks. Extend time between appointments by coloring your roots with touch-up wands. You can also avoid too many coloring sessions by choosing shades closer to your natural hue.

If
you’re truly committed to going natural, your best bet is to limit (or avoid)
chemical relaxing, texturizing and straightening treatments. Many contain the
carcinogenic chemical formaldehyde, which is released into the air as a gas
when the treatment is heat-sealed with a flat iron.

Healthy Hair Tips From the Inside out

Shampoos and conditioners help make your hair look good. But if you really want to keep your locks soft, shiny, healthy and luscious, experts say that one of the most important healthy hair tips is to eat a well-balanced diet.
bylifeandbeauty 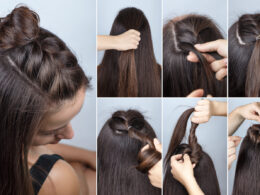 From Frozen to Game of Thrones to the red carpet, braids are the hair style this season. Here are five not-so-plain plaits to add some fun into your every day look.
bylifeandbeauty 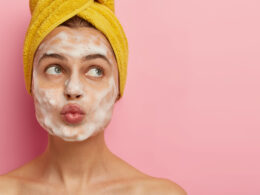 Freshen up Your Beauty Routine in Time for Spring

Your house isn’t the only thing that needs refreshing as we head into warmer weather. These beauty tips will help your hair and complexion glow, too.
bylifeandbeauty 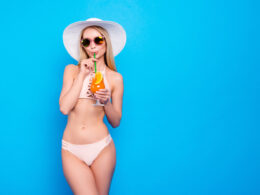 Love Your Body in a Bathing Suit

Leave those head-to-toe cover-ups at home this summer! Here’s how to find the most flattering swimsuit, perk up winter-weary skin and get an effortless, confidence-boosting hairstyle. You’ll look and feel beachy keen in no time.
bylifeandbeauty