Friend requests, status updates, news feeds: Learning how to navigate Facebook is the easy part. Figuring out the etiquette of social networking is another story! But with these five do’s and don’ts, you can avoid the worst Facebook faux pas and come across just as polished on the Internet as you do offline.

Facebook is a blessing for busy women. You can easily and quickly stay connected with friends and family, find old friends, foster new relationships and network professionally. There’s only one problem: Facebook etiquette isn’t always as clear-cut as are good manners in the real world. In fact, navigating social situations in a virtual world can be downright tricky.

All it takes to avoid a Facebook faux pas, however, is knowing a few do’s and don’ts. Check out this guide to Facebook etiquette:

1. DO write a personal message when making a friend request.
If you haven’t talked to the person in years, it’s likely he or she may not remember you, says Linda Fogg Phillips, a social media expert and author of Facebook for Parents. Just go with a short message that puts you in context, like, “Haven’t seen you since college! Let’s reconnect.”

Want to friend someone you’ve never met? Send a separate message before making a friend request. Otherwise, you can seem intrusive, not to mention presumptuous, and they may ignore you. In the message, explain yourself — that a mutual pal suggested you connect, for example — then wait for a response before sending the friend request.

2. DON’T be a Debbie Downer.
It’s OK to vent and commiserate on Facebook, but if you make it a regular habit, your pals will get tired of your grumbles. Instead, stay positive and hold back when angry. That way, you’ll never regret an online rant. “You can delete a post, but you can’t erase the words from [the minds of] the people who’ve already read it,” says Phillips.

3. DO make and manage friend lists.
“The list function is one of Facebook’s best tools,” says Phillips. It allows you to choose who sees certain posts, so you can set it so only your college pals see those bachelorette party photos. Phillips suggests creating an “A List,” of your closest friends and family. Then, make a larger family or friends list, a list of work contacts and so on. (Friends can be part of more than one list.)

4. DON’T make Facebook a popularity contest.
Do you really need — or want — 800 friends? “Studies have shown that people can only manage about 150 relationships in their lives — face-to-face or online,” says Phillips. When you get a request from someone you don’t want to befriend, neither confirm nor decline it. (If you decline, she could send another later.) Don’t worry about offending her: “Most people send requests, then forget about them; they may not even notice you aren’t responding,” says Phillips.

5. DO be careful of what you post.
It seems obvious, but even something as benign as “The weekend cannot come soon enough!” may appear sour to your boss or co-worker. Plus, your next job opportunity could come from a Facebook contact, so always cast yourself in a positive light, says Phillips. Making and managing friend lists helps avoid problems, but also apply a common-sense filter to all posts.

When people run into Facebook etiquette problems, it’s usually because they’ve taken liberties they might not have taken in the non-virtual world. But stop for a second and use your common sense, and you’ll master the manners of Facebook in less time than it takes to poke your old college roomie.

End the Kid Wars for Good

Parenthood doesn’t have to be a constant power struggle. Here’s how to bring a peaceful resolution to sibling rivalry, chore conflicts and more.
bylifeandbeauty

How to be Grateful During the Holidays — and All Year Long!

Giving thanks isn’t just something to do at Thanksgiving. It can improve your outlook and health any time of year. Here’s how to cultivate a gratitude attitude all year ’round!
bylifeandbeauty 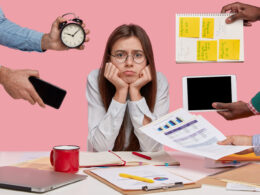 Are You Addicted to Being “Too Busy”?

Do you feel like a stressed-out slug when you haven't accomplished a hundred things in the course of the day? It's time to break free of the overly-crazed trap.
bylifeandbeauty 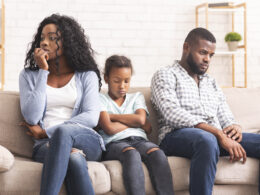 How to Deal With a Family Conflict

Does your aunt or brother-in-law know just how to push your buttons? This holiday season, try these clever strategies to avoid arguments and create family harmony.
bylifeandbeauty