Love feasting on Thanksgiving dishes, but not the stuffed feeling afterward? Try some simple tips and healthy Thanksgiving recipes to help you indulge the smart way.

Let’s talk turkey about overstuffing — and we don’t just mean your Thanksgiving bird. America’s harvest holiday has become an excuse to gorge on everything from chips and dip to towering slices of pumpkin pie.

“It’s common for many people to eat 2,000-plus calories in one sitting,” says Marjorie Nolan Cohn, RD, a spokesperson for the Academy of Nutrition and Dietetics. (That’s the amount that a sedentary 30-year-old woman needs in a day, according to the National Institutes of Health.)

The fault’s not entirely due to wobbly willpower; research at Cornell University and elsewhere shows that we’re encouraged to overeat by the abundant variety and tempting aromas of dishes and the heaping serving bowls — not to mention the urgings of well-meaning relatives. But you don’t have to give in to gluttony. Whether you’re cooking or going to Grandma’s house, try these healthier takes on Thanksgiving dishes and other calorie-busting tips:

Be sure to begin the day with a stick-with-you breakfast, like oatmeal with raisins and apples. If dinner doesn’t start till late, eat a light lunch that includes protein, such as a tuna sandwich or scrambled egg whites. “It’s nearly impossible for people to choose wisely when they’re starving,” says Cohn, the author of Overcoming Binge Eating for Dummies.

If you’re the host, offer sensible snacks as your guests arrive — popcorn, salsa, hummus and raw veggies, steamed shrimp — or bring them along, if you’re the guest. And if you’re serving wine or beer — better caloric bets than mixed drinks — opt for tall, skinny glasses rather than wide-bottomed ones; research suggests you’ll pour yourself less without even realizing it.

Look for ways to reduce or cut out the butter and oil in your Thanksgiving dishes where you can, says noted food writer Jan Turner Hazard, co-editor of the culinary website Kitchen Gadget Gals. Chicken broth or Greek yogurt will make your mashed potatoes just as creamy, for instance. Hazard also suggests using the helpful fat-cutting gizmos you’ve probably tucked into the back of your kitchen drawers, such as the fat separator and salad-dressing mister.

Several studies show that we eat more food when it’s close at hand. So instead of passing the serving bowls around the table set your Thanksgiving dishes out on a buffet or kitchen counter, where guests will have to work harder to get those second helpings. “At a buffet, it’s much easier to know what you’re eating, and how much of it,” says Cohn.

Lighten up on the classics.

Your dinner may not be complete without green-bean casserole, but you’ll cut calories and add flavor by using low-fat milk instead of creamy canned soup and topping it with sautéed caramelized onions. To help lighten your meal, try to tinker with at least one of your traditional recipes. The Mayo Clinic and Cooking Light magazine offer numerous healthy Thanksgiving recipes based on old favorites, including cider gravy, cornbread stuffing with turkey sausage, maple-roasted sweet potatoes, and frozen pumpkin mousse pie.

Leave the gobbling to the turkeys. Going too fast makes you eat more because the brain needs time to register that your stomach is full, according to a recent study published in the Journal of Clinical Endocrinology and Metabolism. So slow down. Catch up with family members and say thanks for the blessings of the past year. “If you focus more on the company and sharing a wonderful time with those around you, you’ll likely have more fun,” says nutritionist Elisa Zied, RD, author of the forthcoming book Younger Next Week.

Instead of diving straight into dessert, work off some of those calories and speed your digestion by taking a walk around the neighborhood. Or pitch in on cleanup — Weight Watchers.com estimates that a 160-pound person burns about 140 calories an hour bustling around the kitchen! 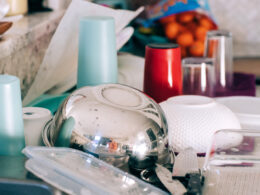 The Dirty Truth About Kitchen Germs

Even if your kitchen looks spotless, bacteria may be lurking where you least expect it. Find out where the germs hide and how to evict those unwelcome guests for good.
bylifeandbeauty

Improve Your Memory in 7 Days

It’s 10 p.m., do you know where your keys are? If your memory needs a boost, try this seven-day plan and start remembering things like you used to.
bylifeandbeauty 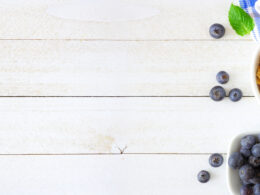 Catch colds too easily? Get PMS pain? You may be deficient in five important vitamins and minerals that play a major role in keeping you healthy every day.
bylifeandbeauty

Kids’ Ailments Adults Can Get Too!

Think you’re too old for mumps and chickenpox? Think again. Some illnesses and conditions are ageless, but here’s what you need to know about preventing and treating common conditions.
bylifeandbeauty