From Neglected to Natural Nails

You don’t need a regular manicure to have clean and natural nails. Try these surprising do’s and don’ts and watch your neglected nails transform from forgotten to fantastic.

Hands and nails are two of your hardest-working body parts. Think about it: They’re constantly moving — even if you’re sitting still — typing emails to friends, scrapbooking, digging around in your purse and performing countless other essential tasks.

All that wear and tear, plus general neglect and exposure to things like household cleaning chemicals, can make nails look worse for the wear.

Whether we like it or not, neglected nails and cuticles can negatively impact our overall appearance. Clean, neat and natural nails, on the other hand, help you look pulled together, even when you haven’t done your hair or put on makeup.

Thankfully, you don’t need a weekly manicure appointment or even nail polish to keep nails looking their best. All it takes is a few minutes of TLC and following some important do’s and don’ts:

1. DO clip your nails straight across.
“Always cut your nails straight across,” says Dr. Robyn Gmyrek, a dermatologist and assistant clinical professor of dermatology at Columbia University College of Physicians and Surgeons in New York City. Cutting on a curve or a sharp angle near the tip weakens the nail structure, which makes it more prone to breaking and splitting.

Also try to clip nails after showering, she says. Nails will be softer and less likely to sustain any splits or damage.

2. DON’T cut your cuticles.
Trimming cuticles may make nails look tidy for a few days, but the skin grows back unevenly and will soon appear ragged. Besides, cutting cuticles can open the door to an unsightly infection since cuticle skin seals nails against bacteria.

A better solution for overgrown cuticles: Soak fingers in warm water and gently push them back with a soft towel.

3. DO file nails before you shower.
Unlike clipping, it’s best to file nails when they’re dry. Damp nails are more flexible and so are more likely to bend and tear during filing, says Kyees.

4. DON’T file or cut them to the quick.
Overzealous filing or cutting makes nails look as if they’ve been gnawed. You can keep nails short, but maintain at least some of the white portion at the tips. At this length, they won’t interfere with daily activities (or scratch someone you love), but they — and you — will look more beautiful.

5. DO buff nails.
You don’t need polish — or to endure the agonizingly slow drying time — to get a pretty, glossy sheen. Instead, use a two-way buffer. “It only takes a few minutes to do all 10 fingers,” says Kyees. First, gently smooth out ridges with the rough, textured side. Then, buff using the soft, smooth side until you see a shiny finish. Only buff once a week, however. Overdoing it can thin the nail plate.

6. DON’T use regular lotion.
This advice sounds counterintuitive, but some lightweight lotions contain alcohol, which can actually dry out nails and cuticles, making them look ragged, says Gmyrek.

Cuticle oil hydrates nails and the skin around them, and it prevents a poor appearance, says Kyees. Apply a drop to each nail in the morning and in the evening before bed. Massage it into the nail plate and surrounding skin. Give it a minute to soak in, then wipe off any excess.

7. DO wear gloves when doing housework.
Cleaning detergents and chemicals can make nails brittle and dry. Likewise, the perpetual wetting and drying of nails can also leave them prone to breakage, says Gmyrek. (Gloves protect not only your nails, but also your hands from harsh chemicals.)

8. DON’T peel off polish.
If you do paint your nails for a special occasion, remove it with a non-acetone remover as soon as the lacquer begins to chip or peel. Nicked polish not only looks messy, it can encourage picking and peeling. Doing so can remove the surface layer of nail along with the polish, making the nail plate look flaky, says Kyees.

You don’t need a salon appointment to get beautiful, bouncy hair. Here’s your step-by-step guide to doing your own professional blow-dry at home.
bylifeandbeauty 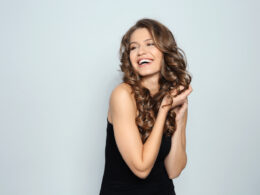 The Best Habits for Beautiful Hair!

How can you keep your hair looking fabulous every day? By following these simple habits for washing, brushing, coloring -- and eating!
bylifeandbeauty 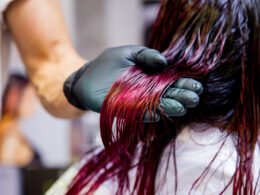 Hair Dye: Should You Go Organic?

When you’re trying to avoid chemical exposure, organic hair dye may seem like the way to go. But what we found out may surprise you.
bylifeandbeauty

Looking for a new ’do to take you into summer stylishly? These quick-as-a-flash hairstyles are the perfect answer.
bylifeandbeauty