End the Kid Wars for Good

Parenthood doesn’t have to be a constant power struggle. Here’s how to bring a peaceful resolution to sibling rivalry, chore conflicts and more.

Tired of nagging your kids to pick up their dirty clothes to no avail? Do you sound like a broken record repeating, “Eat your veggies”? Good news: You can put an end to the daily battles!

“Most fights come about because a parent is trying to limit, correct or stop something the kid is doing,” says Dr. Fred Zelinger, a child and family psychologist in Cedarhurst, N.Y. “But it’s easier to give a choice than a command. And it’s more effective to plan ahead how you’ll handle certain situations, rather than react in the moment.” So stop squabbling. Try these expert strategies to break four of the most common parent-kid conflicts once and for all. (No nagging required!)

Conflict: Your 9-year-old won’t do her chores.
Solution: Chores aren’t negotiable; they’re a fact of family life. Designate a few simple tasks for your child to do every day (e.g., make her bed, set the table) or a few bigger ones for her to do each week (e.g., empty the trash). Set a specific chore time each day and explain that the task must be done before she watches TV or has a playdate. Then enforce the rule!

“Every time children complete a job they don’t want to do, it teaches them delayed gratification,” says Dr. Fran Walfish, a child and family therapist and the author of The Self-aware Parent. “Plus, it bolsters their self-esteem.” Also important: keeping kids motivated. Instead of criticizing, “You didn’t tuck in the sheets when you made your bed,” say, “Good job! I love it when you help out.”

Conflict: Your 7-year-old dawdles in the morning and can’t get to school on time.
Solution: Mornings are super-stressful — there’s so much to do in such a short time. No wonder tempers flare! First, be sure you’re ready for the day ahead of your child so you can stay calm and be responsive to him. Streamline the process by making lunch the night before, putting out your kid’s clothes before he goes to bed and leaving his backpack by the door. Then, create a morning routine and prod your child along as necessary.

But be flexible: Rather than standing in his room yelling, “Get dressed or you’ll be late!”, let him put on his shirt as he goes down the stairs for breakfast. “If you nag too much, your kid will tune you out,” says Dr. Laurie Zelinger, a child psychologist and the author of Please Explain “Anxiety” to Me! Simple Biology and Solutions for Children and Parents. If your dawdler doesn’t have time to put on his socks and shoes before you have to leave, let him walk to the bus stop barefoot. “He can finish dressing in front of his friends,” she says. “He’ll suffer the natural consequences — and it won’t happen again.”

Conflict: Your 6- and 8-year-old sons fight over toys, say “I hate you,” and call each other names.
Solution: Families need a zero-tolerance policy for name-calling and verbal aggression. Keep in mind that statements like “I hate you” are driven by powerful emotions that your child doesn’t know to express properly.

The next time one of your kids says something hurtful, remind him that statements like those won’t be tolerated, then help him acknowledge his feelings and offer more appropriate alternatives. “Sit down with both kids and say, ‘It sounds like you’re saying that you’re super-mad at your brother. Tell him why you’re mad. I’ll help him sit still, and I’ll listen too,’” explains Walfish. “This approach teaches them that it’s OK to have strong feelings, but they must express those strong feelings in acceptable, not hurtful, ways.”

Conflict: Your 10-year-old daughter refuses to eat fruits and veggies.
Solution: Food is a deeply personal choice — and an area in which parents shouldn’t set up unnecessary control struggles. “As long as your child is healthy, why bother fighting about food?” says Fred Zelinger.

Be sure you’re making a variety of fruits and veggies available — maybe your daughter has yet to taste one that pleases her palate — and be sure she’s taking enough vitamins. If she still refuses to eat her reds and greens, let it go. As Walfish notes, “Most kids outgrow picky eating by adolescence. They do it on their own terms — as long as parents haven’t pushed too hard.” 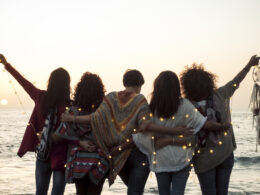 Friendships are like any other relationship -- they need work and commitment to help them thrive. Here’s how to keep your good friends for life.
bylifeandbeauty

Is your social life suffering because you feel like you have to devote all your non-work time to the home front? Here’s how to maintain an even keel.
bylifeandbeauty

Get Lucky: How to Improve Your Fortune

Sometimes it seems like everyone else catches all the breaks. But you can bring good things to your life by creating your own luck! Here’s how.
bylifeandbeauty 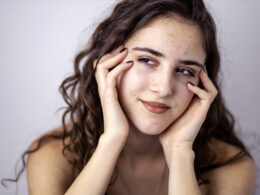 Quit beating yourself up over messes and mistakes. Getting out of the perfectionist trap will make your life much easier and happier.
bylifeandbeauty